The Rise Of The Microbrew: How America’s Beer Industry Has Changed

Beer is one of the most popular drinks of choice in the world, behind only water and tea. Across the world, beer represents the most popular alcoholic drink by far. The oldest known case of beer brewing can be traced back 7,000 years to the regions in what is present-day Iran. Along with bread, beer can be attributed to humanity's ability to build civilization and the development of technology. The invention of beer also has roots in the mythology of many different cultures around the world.

In Flemish history, the inventor of beer is said to be King Gambrinus. In Czech history, the god of hospitality, Radegast, is the creator. In Sumer, Ninkasi was the patron goddess of beer and brewing. Beer has been the drink of choice for congregating groups of humans regardless of region or culture for many millennia.

The process of brewing beer is quite simple and can be accomplished in as little as one to two weeks for a small batch. The basic concept is to soak barley in hot water to start the release of sugars. These sugars are then boiled with hops of seasoning. The last step is cooling and adding yeast for fermentation.

The History of Lager

Lager is a particular type of beer that is differentiated due to the method used in the brewing process. In the world of beer, lager is a relatively new type that was first brewing in the early 1800s in Germany.

The word lager itself originates from the German word lagern, which means “to store.” The brewing of the first types of lager can be traced to southeastern German state of Bavaria. Bavaria still has some of the finest lager brewers in the world.

History of Beer in America

America represents a cultural melting pot which is unparalleled in the history of the world. America also has a booming tourist industry that sees millions of visitors every year. Along these lines, the advent of beer and lager in America has a rich and varied history.

Different types of beer and their brewing methods were brought to America by immigrants from all over Europe and the world starting in the 1600s.

Currently, beer is the drink of choice for 43 percent of Americans, surpassing liquor at 20 percent and wine at 32 percent. Americans consumed 75.8 liters of beer per capita in 2017. In 2016, beer sales in America totaled a whopping 111.4 billion dollars.

The Rise of the Micro Brew in America

In recent history, the production and sales of beer and lagers in America have been dominated by the giants of the industry. The names of which almost all adults who consume beer can recite by heart.

In the late1970ss, there was a drastic change in production and distribution of beer in America. Gone were the methods and types of brewing processes immigrants brought to America over the past two centuries. The beer of choice was a light lager in different variations. Other options of any other types, including international imports, were few and far between. By the end of the decade, the industry was relegated to a mere 44 brewing companies. The trend had shifted to the ever present low-calorie light beer generally still in existence today.

Then in 1976, a hero emerged in Sonoma, CA in the form of the New Albion Brewery.

This new brewery was inspired by the traditions of home brewers who craved the taste of beer and lagers from other countries. These new tastes were not readily available at that time due to the shrinking size and scope of the American beer industry. Even though the New Albion Brewery was short lived, it sparked a creative renaissance in the craft beer space. The following decade saw a marked increase in micro breweries opening their doors by the hundreds. Since that time, the micro breweries have had their ups and downs, but along the wa,y they have perfected their craft in many facets including in taste, marketing, or packing and distribution.

As of today, America has fully embraced the craft brew craze. As of 2016, there were 5,301 breweries in business in the United States. The vast majority of these are micro breweries. The industry has certainly come a long way from the 44 breweries in operation from the 1970's.

As of 2017, craft beer accounted for 12.7 percent of total beer sales in America by volume. This showed a 5 percent growth from 2016. In contrast, the giant beer retailers have shown almost zero growth over that same time period.

Craft beers, or microbrews, are synonymous with traditional brewing methods. These tend to originate in small, independently-owned operations with a high focus on taste and product quality. Microbrews provide consumers with variety in taste, texture, and packaging.

The independently-owned enterprises bring an urban flavor to the beer market. Many of these microbrews have taken over preexisting buildings in urban areas in cities such as Atlanta, Philadelphia, Pittsburgh, and San Francisco. Buildings that have long been unused or may even have been eyesores for the area or the city are now home to these micro breweries. 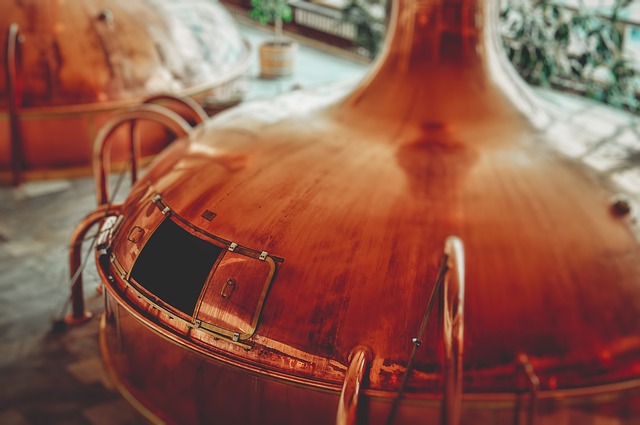 Many of these microbrews have tours where customers get to see the brewing process and taste the products. The building themselves even add a certain mystic and sense of pride for the city. Moreover, many of these enterprises use local ingredients and services to make their products. A lot of these come from smaller, local establishments in the surrounding local area.

Coinciding with the recent rise of the microbrew in America is the tendency for the younger generations to be more adventurous and more demanding in terms of quality and variety in the products they consume. With the advent of technology and social media, consumers are able to locate brews no matter how obscure the taste and name. It is difficult to find a city without their own microbrewery but it has also become a lot more than that for the industry.

Not only can people go to these places to take tours and enjoy some tastes to find what they like, but many also serve as local hang out spots. They have games that go along with the drinking culture on the inside and sometimes the outside of these facilities. They sometimes have themed nights to help bring in this new wave of drinkers. These microbreweries have become a staple in the culture of younger generations as not only places to finda new beer to try but also as places that they can get together with friends and family after a long, hard day of work.

Microbrew has definitely changed the culture of drinking beer from the old days of simply going to a tavern to get a drink. It is now something that is an entire experience for those who enjoy drinking beer and trying new local flavors. It has also expanded past their brewing location.

You can find microbrews in local grocery stores and even at liquor stores. Lagers and ales may be the only types of drinks that started the beer industry but now there are so many more options available in the market and the microbrew craze isn't slowing down soon.