Dealing With The Fears Of Unlimited Game and Media Time

Would you let your children play video games and watch TV whenever they wanted, for as long as they wanted?

It seems to be a general fear among parents that children should not be allowed too much screen time or else they will become addicted, not engage in other activities or a number of another disastrous phenomenon.

I'm not trying to say that these fears are invalid. However, I've seen too many fears cause parents to create a very restricted atmosphere when it comes to technology. The truth is, computers and tv are great tools for learning. Adults use them all the time without restriction – so why not allow kids to have a say in their own usage habits?

In our house, my kids get to watch TV and play on the computer pretty much whenever they want. I would call it unlimited media time – but of course, there are natural limits to everything in life.

I want to share with you how we have handled some of the major fears that are brought up about unlimited screen time.

They won't do anything else ever again!

If you have had your kids on a strict “diet” of computer and tv for a long time, this might be true when you start to remove limits. They will want to dig deeper and discover things they were previously unable to do because of time/usage limits.

But will a child remain forever locked to the computer screen? In a few cases there may be some addictive tendencies that need to be addressed, but for the most part, the answer is no.

For one thing, you as a parent can start to change the way you communicate with your children about technology. Instead of just making rules you can engage your kids. Talk to them about what they are playing/watching. Have a conversation about when our bodies need sleep and exercise. Make decisions together about devices that you have to share as a family. The older the child – the abler they are to see the logic behind natural/real limits to the screen.

As a parent, you also have the power of enticement. If you want your kids to be involved with other things, strew interesting things for them. Make the real world exciting!

Go on fun outings, buy craft kits, invite them to bake/cook with you, dance like a crazy monkey behind them.

There are a million ways to gently remind your kids that the real world is just as adventurous and exciting as their games and shows – without having to just make up rules.

It will rot their brains!

What if video games were invented before books?

But perhaps the most dangerous property of books is the fact that they follow a fixed linear path. You can’t control their narratives in any fashion – you simply sit back and have the story dictated to you. For those of us raised on interactive narratives, this property may seem astonishing. Why would anyone want to embark on an adventure utterly choreographed by another person? -From Everything Bad Is Good For You

If the television and computer games rot your brain and make you stupid – I should have been a blubbering fool a long time ago.

The same is true of media that applies to books. There is good and bad mixed in together and the sooner we learn to discern which is which, the better.

That is where engaging your kids and actually being present with them during their explorations of media comes into play. We can bring up valuable discussions about how we choose quality media.

For the most part, television and computer games are ten times more informative and enthralling than a textbook. The internet is a wealth of knowledge, skill, and opportunity.

The question is not IF your kids will have access to all that the internet and television have to offer (both good and horrifyingly inappropriate), but WHEN. I say better to guide them now than have them leave home and suddenly be faced with a world that they don't know how to navigate.

They always get horrible attitudes after playing/watching for a long time.

This is one fear that I can relate to. My kids tend to get grumpy and rude after playing for a long time, or when they have to share the TV/computer and feel that they are not getting their fair amount of time.

Instead of immediately blaming the inanimate object they are using, I try to look for the deeper reasons for this behavior.

Usually, by giving them peaceful reminders and being an example myself of a respectful tv watcher/gamer they calm down and we have little problems.

I understand the frustration that is caused by disrespectful attitudes, and I believe that relationships and respectfulness should come as a priority before media usage. In some cases, a child might not be able to self regulate their time using technology. For most children, however, I believe that if given peaceful guidance and natural limits, they can benefit from more freedom with games and television. 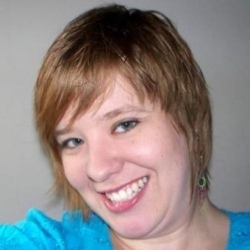