Although the terms low carb and keto are often used interchangeably, they are distinct in many ways. Keto is a type of low carb dieting, but as you will see, low carb encompasses a broad range of eating styles, not all of which are ketogenic in nature.

So, what's the difference? Let's settle the low carb vs keto diet confusion.

What is Low Carb Dieting?

“Low Carb” is a general umbrella term used to describe a variety of diets that cut back on the amount of carbs consumed.

Although there are many specific types of low carb dieting, “low carb” can also be an unspecified way of eating.

There are many people who eat “low carb”, meaning they restrict carbs to their own comfort level, but they do not ascribe to a particular low carb dieting plan, and may not even necessarily track their carb intake closely.

What is the Keto Diet?

The keto diet is a very specific type of low carb, high fat diet. It's sometimes also referred to as the ketogenic diet.

The goal of a keto diet is to force your body into a metabolic state called ketosis, in which your body begins to use ketones for energy instead of glucose. Ketones are essentially fat converted into energy that the body can use.

In addition, if you follow the ketogenic diet properly, certain foods should be eliminated regardless of carb count. For instance, milk, peanuts, and grains are off limits on a strict keto diet. This is not always the case with other low carb diets.

While cutting carbs is beneficial for health in general, keto almost guarantees something that many other low carb diets cannot: dietary ketosis 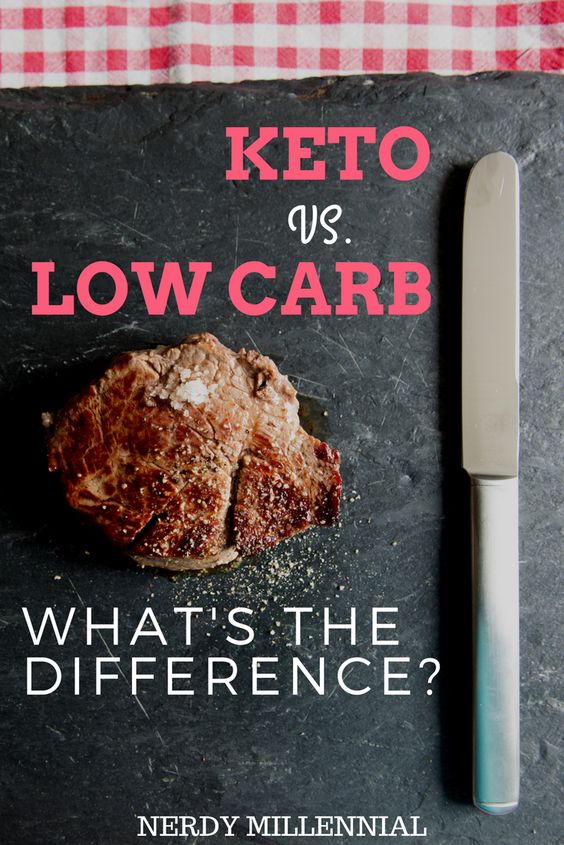