The Rise of Therapy Among Men

Having facilitated therapy sessions for over 20 years, I presently am experiencing a new phenomenon: men coming to therapy in larger numbers.

Undoubtedly, after I was featured on the Viceland Network television show, The Therapist, my exposure grew, especially with men. For it was during this televised show that I conducted sessions with celebrity rappers (a population primarily of men who previously had not been identified as ones who sought out therapy). After this broad exposure, men of all ages and ethnicities, surprisingly, began to come to me for counseling.

At the end of some days of work, I would pause and subsequently, realize that the majority of my sessions had been with men. The TV show most definitely had exposed me on a broad scale which contributed to the word-of-mouth referrals which had formerly sustained my practice. Friends have always told friends about their therapy work while today it appears that men are telling other men to go to therapy.

Man’s God is a Phallus

This is foremost in my mind as men want to experience their powerful self. Interestingly, the male genitalia is often referred to as a power tool. Sometimes in the therapy room, we are concretely dealing with sexual issues and metaphorically.

At other times, as I assist men in penetrating time and space and ejaculating into the prosperity of consciousness- health, wealth and happiness. When I, as a therapist, can help men feel successful in their relationship with self, others and the world at large, I feel I have done my job.

Feelings of Safety are Key

In working with men, I have found that the keyword is “safety”. As men have been socialized to be “hard,” “tough,” and not to show weakness, therapy has not been viewed as a viable vehicle to address concerns.

During sessions with men, I sit in the consciousness that each man has an ego and that at no time in the session must I offend that male ego. If so, a man may leave immediately but assuredly will not return. If a man, perchance, comes in with his female partner, I always address him first to let him know that I recognize him as King. This way of being in the room connects with the male ego, his sense of self. 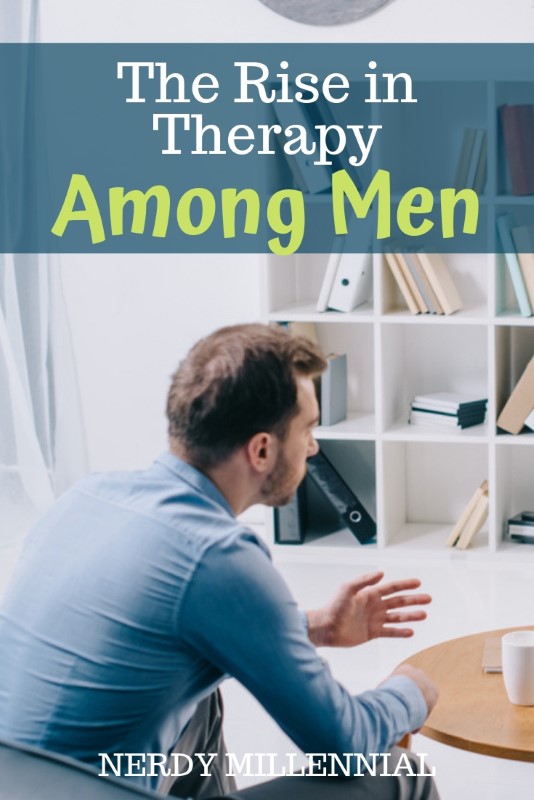 The Issues Men Conquer in Therapy

Now, what are the issues that I have experienced that men bring into the therapeutic arena? Assuredly, relationship issues with partner, children, self and the world at large are common. Sexual concerns also are expressed, sometimes as extreme as addiction.

Yet, all of the issues men present can compactly be placed under the umbrella of depression. Men hurt, too. Even still, in working with men I have found that it is this very elemental component that men are not taught to acknowledge, less alone express.

A man will seldom say to his partner, “You hurt me”; instead he is more prone to explode into an angry outburst. He may call someone out of their name or even become violent. Men resist the tears, even though they, too, hurt. So, when I conduct therapy with men, I remain conscious of the male ego, connect with their heart and make way for the disclosure of hurt.

In doing this work, I have, however, found one hurt that men have had difficulty processing: the loss of their first love; it was at the time when men, then boys, were truly open, loving and innocent. These boys had no awareness of the depth of pain, one can experience from the loss of love.

When the loss of the first love is not processed, I have witnessed how it is sometimes extremely difficult for men to, wholeheartedly, open themselves up to a new relationship. They may even resort to endless, meaningless sexual encounters.

Women repair themselves. They cry. They’ll wail. They’ll talk to their friends. They’ll throw pity parties while men shut down, hold their hurt within and act it out. “Hurt” hurts. Not only does the man emotionally hurt, but when not processed is at risk for hurting others. This hurt acted out can manifest through domestic violence, homicides, suicides and even mass shootings.

One component that I consider integral to men coming to therapy, at least with me, is that I, too, am a man. I have heard from their mouths as well as from their spouses that the therapist “had to be a man”. These men feel more comfortable sharing deep-seated pain with another man as they hold the ideation that they will be more readily understood- that is if the therapist/counselor is genuine and heartfelt with a brotherly/ fatherly presence.

Within the earlier part of my career, I facilitated court-mandated two-hour groups with men who had been identified as perpetrators of domestic violence. I remember starting one of those groups like this, “Well, men, we have to be here for two hours. I don’t want to be bored and I don’t want to bore you; so let’s make this work for both of us. Now when we have a problem, who do we talk to? We don’t really get deep with our male friends. We certainly are not always comfortable being completely vulnerable in front of our ladies. So, who do we talk to? You got it: “no one”. What about making this a tribe of men, a safe space where we can openly talk, heal, grow and prosper?”

I, subsequently, discovered that my opening words had made these men feel safe. Consequently, these men, as well as myself, looked forward to our weekly mandated meetings. Then, as well as now, the respect I have for a man when he decides to enter therapy is tangible within my being; however, I am sincerely honored when that man chooses me to be his therapist.

Dr. Siri is a licensed marriage family therapist (LMFT) and a masterful meditation instructor. He was most recently featured on VICELAND television in the series, The Therapist.

Dr. Siri lives in Los Angeles, California and is the author of The Pocket Guru, a book about everything from Anger and Anxiety to Self-Esteem, Success, and Wisdom. Dr. Siri has packed this book with straight-forward and manageable messages and lessons from his nearly fifty-year journey through meditation, spirituality, therapy, and psychology.