How Men Fall In Love: 6 Stages Men Go Through In Love

What is the process by which men fall in love? When it comes to men, as opposed to women, they tend to take their time to figure things out. In their view, falling in love is something more akin to running a marathon rather than sprinting. Consequently, from the moment they first encounter a woman until the moment they fall in love with her, they go through several stages.

What is it about men that makes them fall in love? Why does a man think the way he does? What does he think? It is crucial for men to go through six stages before they are able to choose a girl to love.

Stage 1 of How Men Fall in Love: Physical Attraction

It is a well-known fact that men are visually oriented creatures. It is the woman's physique that attracts men before anything else. Generally speaking, different kinds of physical features are attracting different kinds of men. In addition to the woman's legs, eyes, curves, demeanor, and smile, there are many other attractive features of this woman.

The entire package is never at play when it comes to physical attraction. Every woman has her own unique appeal. Men are sometimes observant of small details about how a woman acts. A man's attraction is created in part by these small things.

It doesn't matter what the case, the process of falling in love ends once a man refuses to look beyond physical attraction. The second phase, however, will begin if he explores further.

Related Article: Why Men Pull Away In The Beginning of a Relationship

Stage 2 of How Men Fall in Love: The Hunt

Physically attractive women are often found by several men simultaneously. Reproduction is a primal instinct for all human beings. It is stronger for men. They are therefore able to attract more than one woman at once.

Depending on the man's beliefs and values, he will react differently to the attraction. Several attractive women catch the eye of some men. The men who behave in such a manner are womanizers. Others, however, seem to take things one at a time and have a narrow focus on finding a partner.

When men are exploring, they look for attractive women who will respond to their advances. A man focuses on a woman who shows interest in him. In pursuit of her, he devotes all of his time and energy.

Men aren't in love yet during this stage. A fishing net is simply cast and a fish or two are hoping to be caught. It does not matter if his initial proposal is rejected; he moves to the next step immediately. In general, most men do think this way, but there may be a few exceptions.

Stage 3 of How Men Fall in Love: Pursuit of a Mate

He enters the attraction phase of love when the girl responds to his advances. Up to this point, even if a girl rejects him, a man can walk away without feeling hurt. Because he hasn't fallen in love, he doesn't try too hard.

The man dives into this stage, the attraction stage if the girl even indicates any interest or reciprocity in him. The boy tries to make himself like the girl at this point.

Men tend to fall in love in many different ways, but right now he is not in love. The girl must respond to him at this time to make progress.

The mating potential will be evident. Whenever he sees the girl, he gives her gifts and arranges dates. The stage of impressions is certainly not in love, but he does hope to achieve something positive from it.

Stage 4 of How Men Fall in Love: Courtship of a Lover

The woman has already fallen in love by this point. The woman is ready to commit to him after giving in to his advances. The man, however, is putting forth every effort to make a positive impression. The most important thing to him is you. He wants your undivided attention.

This is the time when a guy buys flowers, plans sweet surprises, and buys gifts. You'll fall for him if you let him. Because he's all about you right now, he hasn't thought about his feelings yet.

Stage 5 of How Men Fall in Love: Fear and Detachment

Despite spending a great deal of time impressing a woman, men seldom fall in love with her during courtship. Courtship accomplishes for you only one thing: to make him feel assured of your commitment to him. He appears to be fearful of better options.

His insecurity has resulted in his fear. As part of their dating relationship, he has shown you undivided attention, given you flowers, arranged romantic dates, and given you gifts as a sign of his care for you. His behavior does not appear to be representative of who he is.

I think he's just seeing past the physical attraction to the fear. Now that you've won his heart, he wonders if you're the one for him. There's something callous about men. You'll consider falling in love after a woman shows her true feelings.

Currently, his biggest concern is the possibility of establishing a lasting relationship. In the next few minutes, he finds himself asking a series of difficult questions. Does she offer the possibility of commitment? How likely is it that he will be happy? Where is the best woman for me?

There may be some men who disregard a relationship because of flimsy reasons at this point. While others realize they have feelings for each other more deeply and decide to make it work by making a commitment to each other. It is impossible to predict the direction a man's heart will take at this stage. There is a dilemma that also faces women. However, their dilemma happens during the early stages of the pregnancy.

Stage 6 of How Men Fall in Love: Commitment and Love

In this final stage of love, a man who likes a girl a lot and is willing to like her enters the stage of falling in love with her.

In contrast, if he is not truly convinced that he would like the girl, he may start avoiding her or lose interest in wooing her. A woman that finds the man uninteresting can also feel the same way.

Men who are in love feel more comfortable expressing their true sexual desires because they don't have to worry about being ridiculed, judged, or embarrassed by them.

The need for sex is universal. Physical intimacy also includes kissing, hugging, and teasing, which are all part of physical intimacy. Having a woman who makes them feel sexually alive is important to men open and who is not afraid to be intimate or have fun.

Even when you aren't deliberately trying to manipulate someone, hiding who you are when getting to know them can be tempting. This is a very good sign that he's falling in love with you if he's slowly putting that aside and showing you his true feelings.

PS: Also check out these facts about how men fall in love. 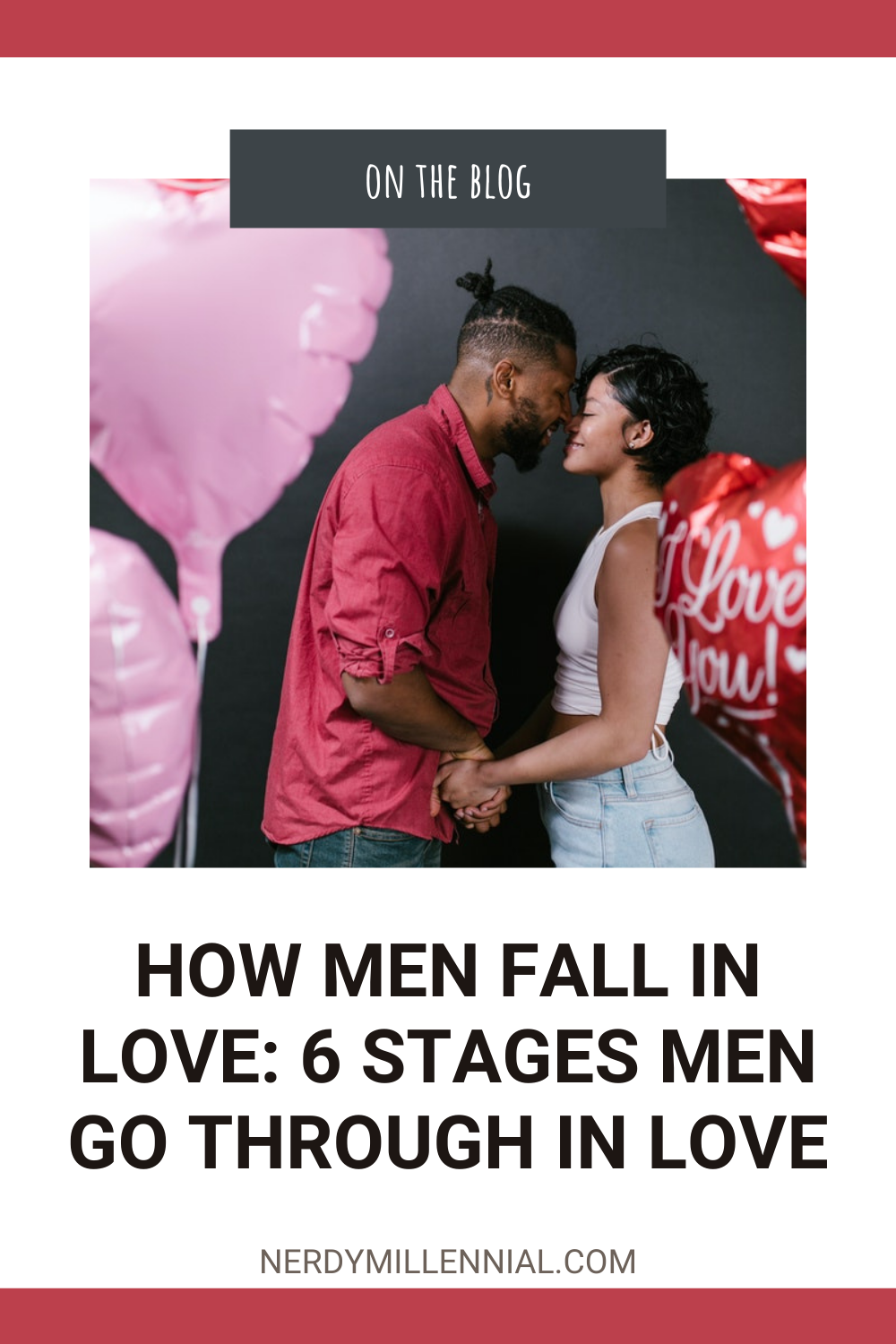